If you've been watching the progression of the Children's books I've been illustrating you might know I've been using the Procreate app for ipad pro using an apple pencil. It's a very efficient and really liberating platform to use for digital painting.

Lately I was looking for another sort of painting app to add to my toolbox, one that would make it easier to achieve a painterly look. After many hours of searching and testing I found Adobe PaintCan which really fit with what I was looking for.

PaintCan basically lets you paint over any imported image and turns it into a painting. It's not a click-the-button-to-apply-a-paint-filter app like so many of them are. PaintCan lets you paint with your finger or stylus with a selection of painterly effects that reveals your underlying image in actual brush strokes. 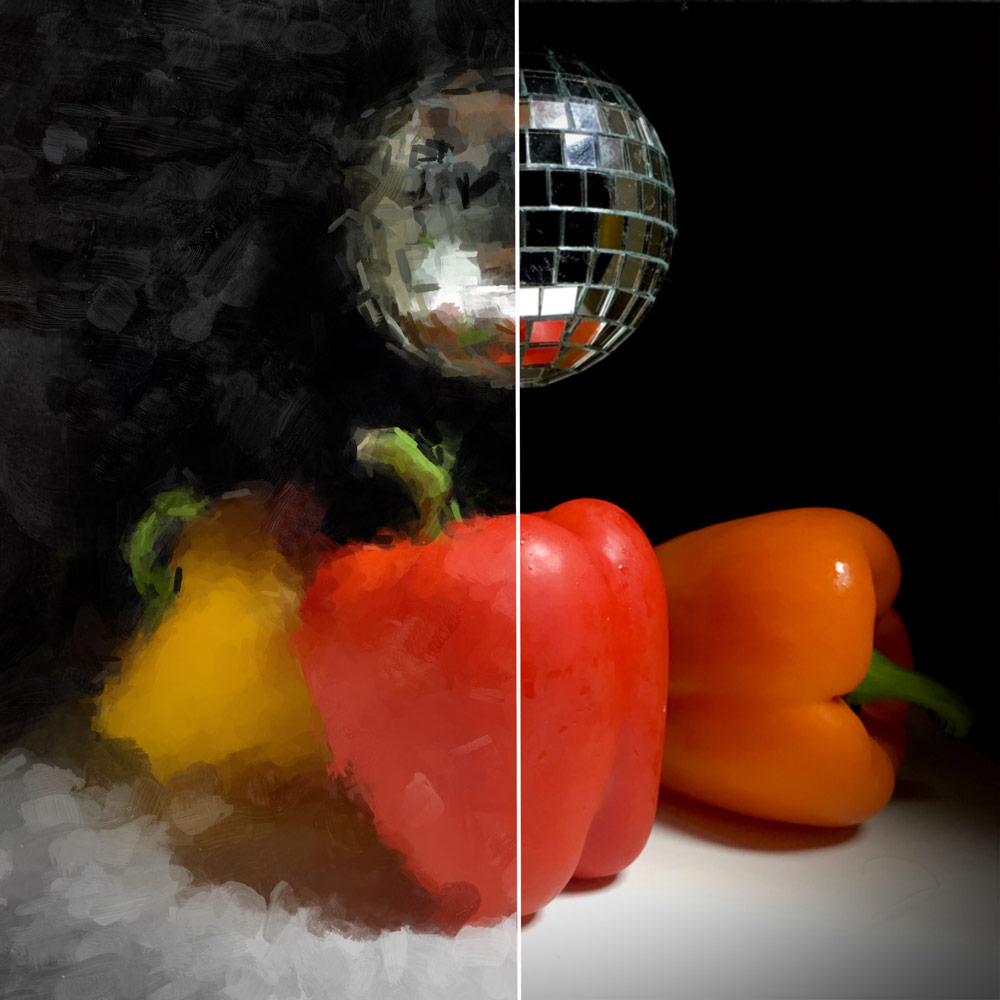 Here are the results of using PaintCan as part of the workflow in illustrating the Goggles books:

The original painting in Procreate. 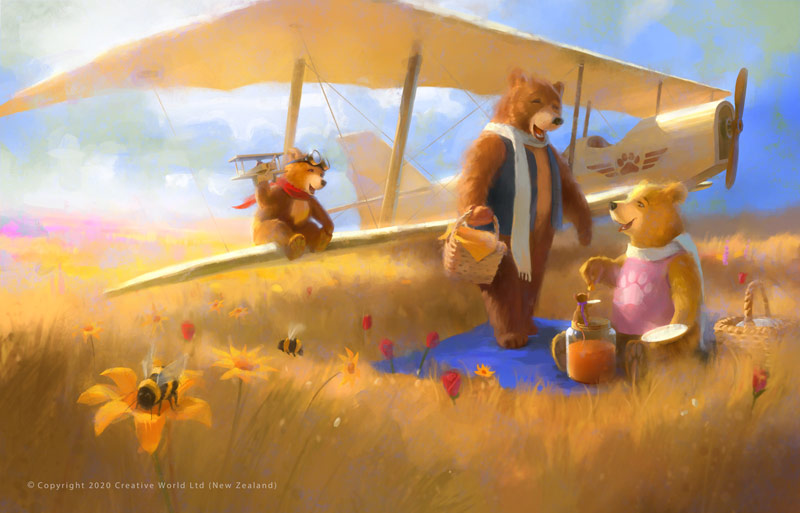 After overpainting in PaintCan and re-using that image in Procreate, plus creating an adjustment layer where I add in brushstrokes of complimentary colours woven throughout the painting in an impressionist manner.

Which painting version do you prefer?

The PaintCan promo trailer from Adobe:

What really impressed me about PaintCan is that it uses actual scanned brushstrokes to build upon your photo image which means even up close your finished painting actually looks like a painting. A lot of painting apps use tell-tale repetitive textures and too much transparency. It's also really fast and easy to produce a great looking painterly effect.

When I first started to use PaintCan it was not producing images in very high resolution, meaning larger print files would come out a bit blurry or pixelated. I was excited to use it for my illustrations so I emailed Adobe encouraging them to upgrade the app to high res and low and behold, a day later I got an email from the lead developer Holger Winnemoeller informing me that that particular upgrade was already on his to-do list and would be released within 2 weeks! Amazing since I didn't even expect to receive a reply at all.

Now, when a software developer says 2 weeks, that usually means 2 months in my experience, but true to his word, 2 weeks later the high res upgrade was launched. Niiiice!

PaintCan is a free app. Aparently Adobe pays developers to produce these kinds of apps to encourage research and development and to gauge public response, I expect so that they have a collection of tools they can choose from to add into their premium products (like Photoshop) over time. That's my guess anyway - much cheaper than keeping a vast number of developers on staff. When these apps prove popular (by people downloading and leaving reviews in the app store) Adobe gives the developers more money to keep refining the app and maintain it to run with the latest IOS updates.

So in short, if you love this app like I do, please do leave a nice review in the app store - it really helps to develop more great software like this. Thanks!