This one's a little different for me! I used to paint in a methodical layer by layer style building detail meticulously over time, but that was nearly 30 years ago. It was great to get back to this actually and really knuckle down and hone my visual skills. The slow pace was very meditative. Put on some nice music or an audiobook and settle in for some zen time. 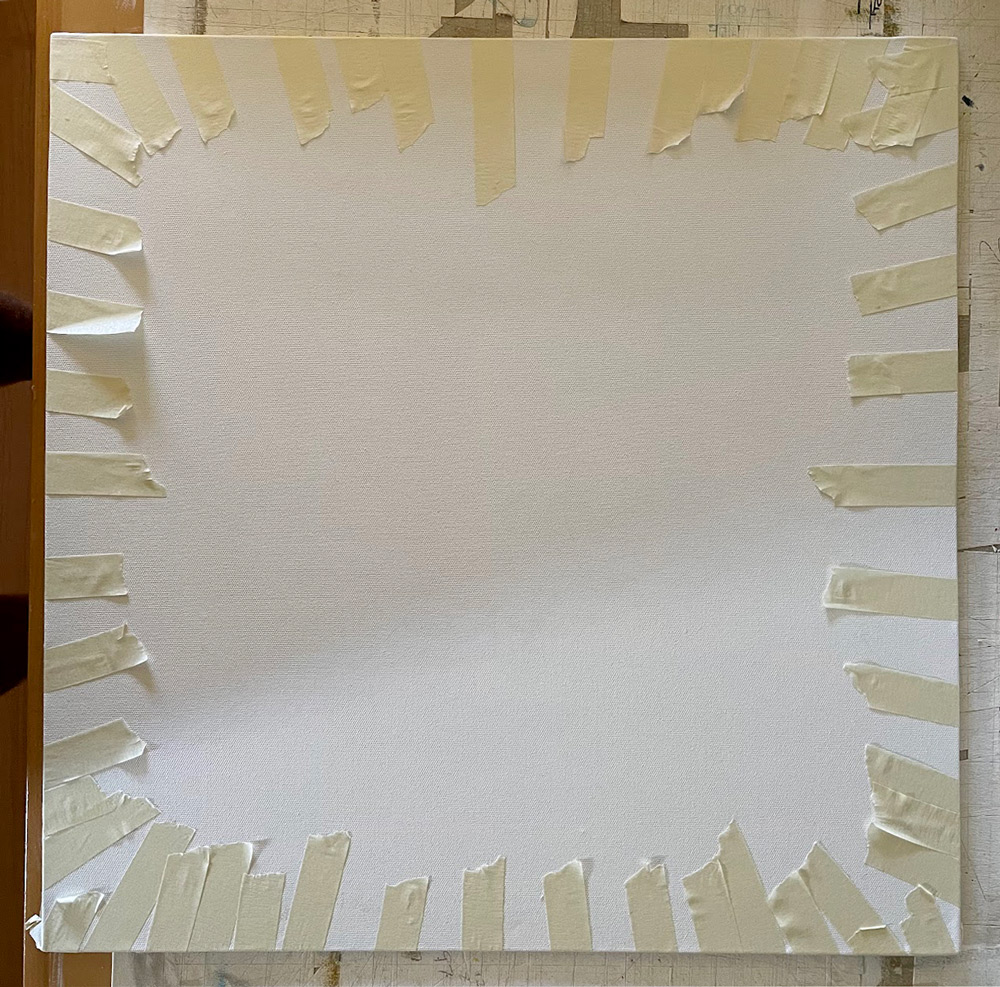 First of all I prepared a 21x21" MDF board over a few days by coating it with 3 layers of white acrylic undercoat on both sides, including the 3mm sides. That's to keep moisture out of the wood and avoid swelling in the future. Next I glued the Fredrix Ultrasmooth Canvas to the board with PVA glue, which is acid-free, brush it onto the board and canvas, then stretching the canvas taught with masking tape.  The canvas wraps an inch onto the back. I left that to dry weighted down with books so it didn't warp. 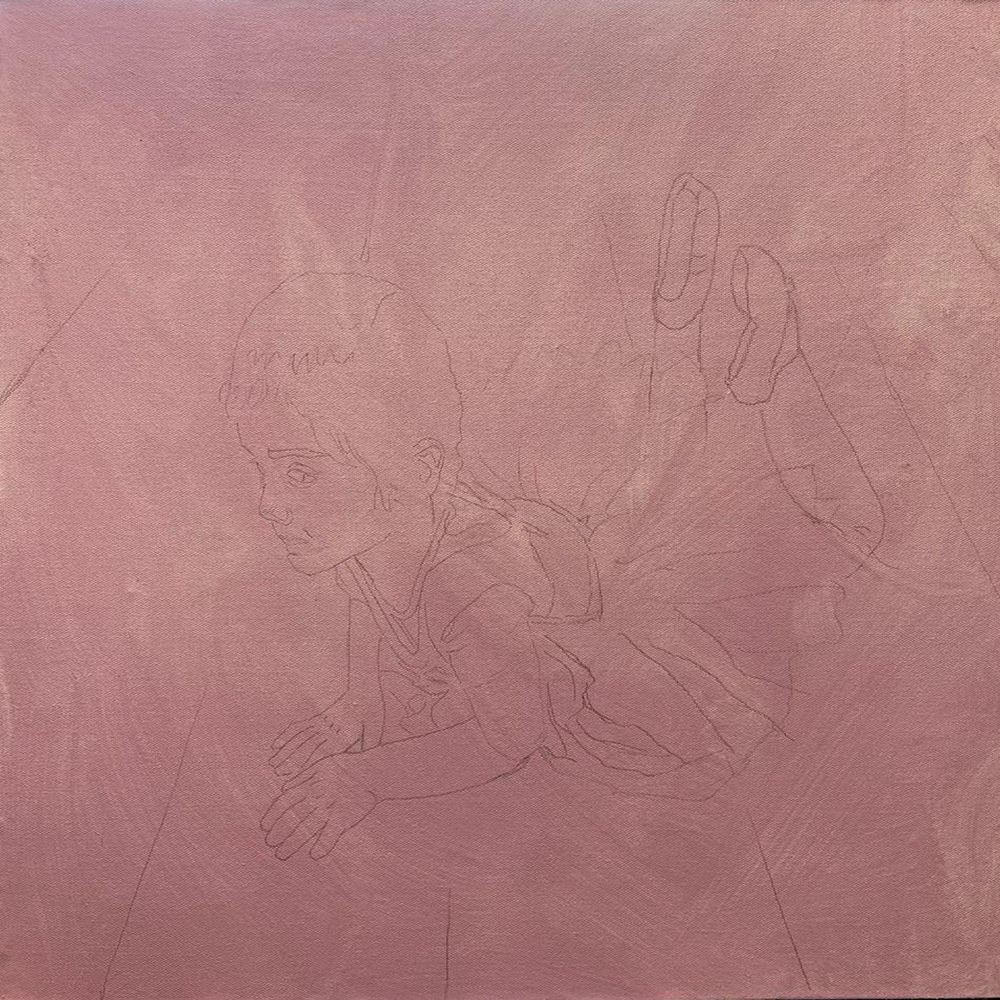 Next I coated the canvas in a wash of acrylic yellow ochre and cadmium red. When dry I projected the image onto the canvas and marked it on with a 2B pencil.

Starting with the face and hands I premxed a range of warm grays to block in the flesh tones. My palette was Ultramarine Blue, Burnt Sienna, Cadmium Red, Alizarine Crimson, Yellow Ochre, Cadmium Yellow Light and Titanium White. I used Alkyd Walnut Oil as the painting medium to keep it thin and dry fast. This stage is just the blockin so I was careful to not get carried away with details. I basically wanted to paint what I saw when I squinted at the photo - big soft shapes of colour. 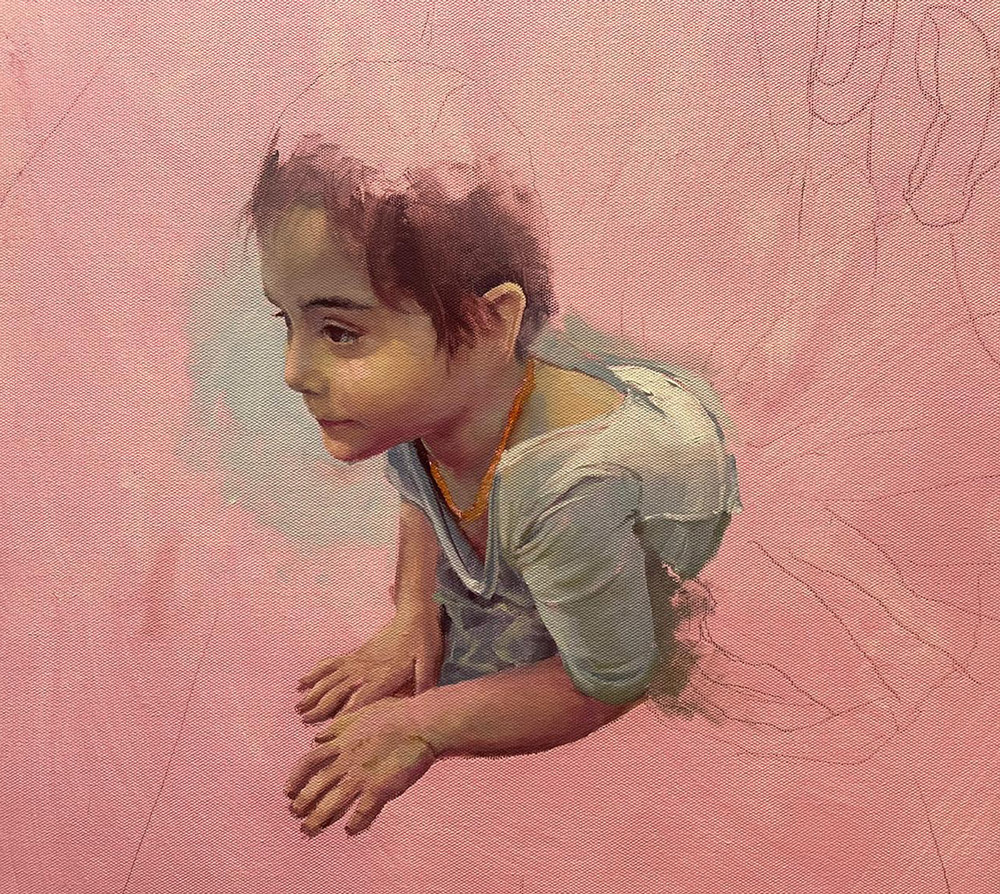 3 days later I gave the painted the work areas in a light coat of Alkyd Walnut Oil, rubbed thin with a cloth to moisten the area to paint over and also bring back the dark tones which tend to lighten a little when dried. I spent a lot of time just observing the subtle shifts in colours between areas and trying to replicate that in paint. I found that after 10 minutes of struggling it became much easier, it became intuitive rather than mathematical. I was using the same mixed piles on my palette as the previous session, but tweaking them as needed. The clothing flowed on quite easily with a simple grey mixture of Ultramrine Blue and Burnt Sienna and white, and a touch of cad yellow. Just dark and light variations of that basic grey green colour. 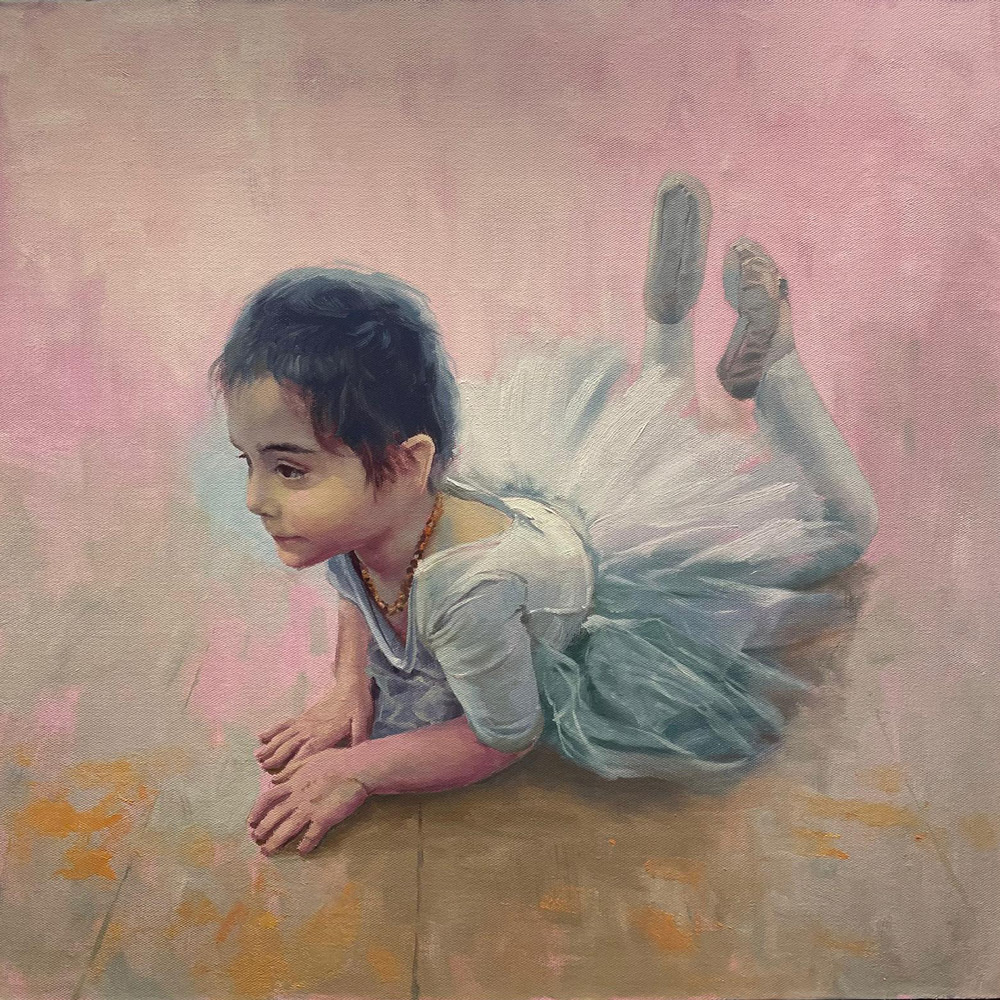 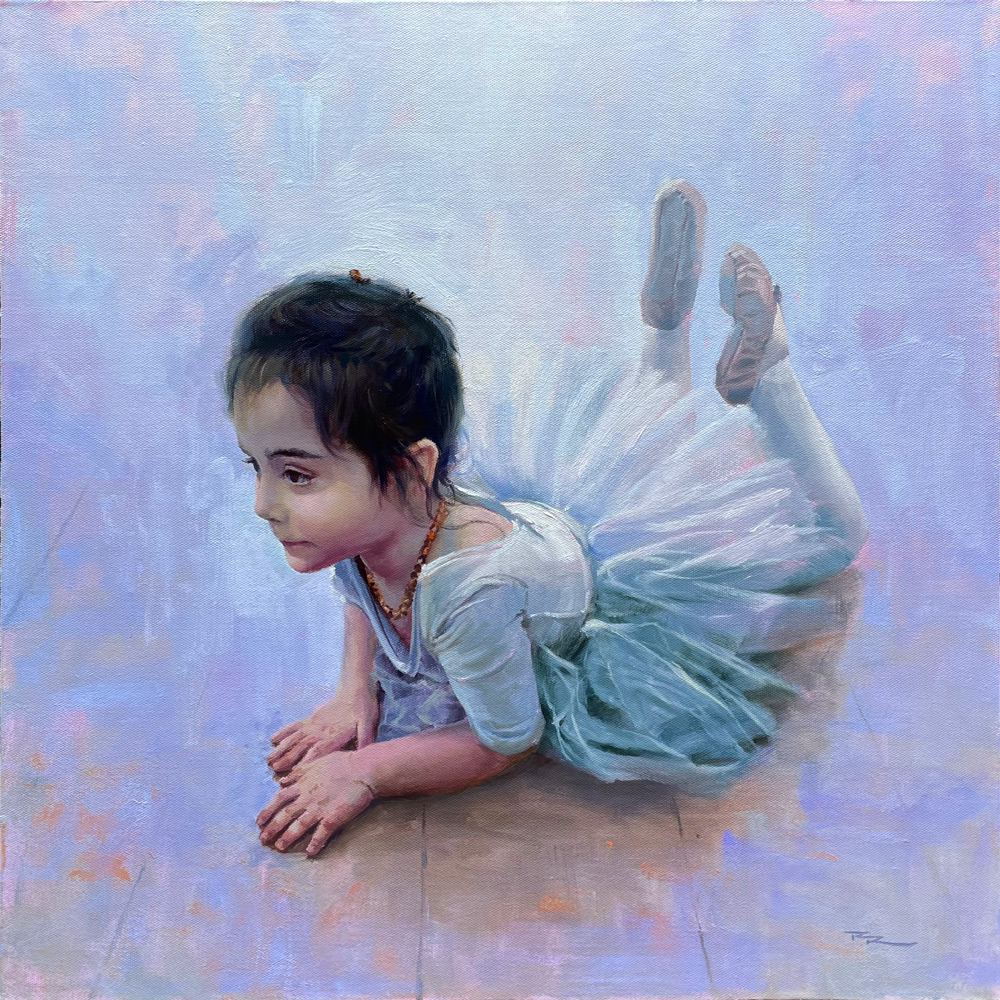 3 more sessions saw the background covered with energetic brushwork in cools, leaving little bits of the warm undercoat to peak through. The whole figure was treated to another coat of subtle adjustments and finer details. I was careful to contrast rough paint with smooth paint, sharp edges with lost edges, dark areas with light, cools with warms. During these final session I photographed the work often, flipping the photo in my phone to see the mirrored version. This helped me see it with fresh eyes.

I really enjoyed this more studied approach and will do more in the future. It's a very different vibe to bashing out a big painting outdoors in 3 hours, flying by the seat of my pants. It's slow, considered and meditative, with plenty of coffee breaks. So convivial! Give it a try!

Robert Mitchener 25/06/2022 This is a wonderful portrait Richard. I love the way you have captured that special moment of this little girl dreaming of being a dancer. As you say a very different approach to your loose painterly style ( which I love by the way). Well done.
sheila karp 25/06/2022 THANK YOU! I work mostly from photos from zoom sessions doing figure, nude and clothed, and portraits because money is always an issue. Painting in layers is the way I work in oil. I love your landscapes and I try to adapt it to what I do but unsuccessful so far! I will keep a lookout for more of your tutorials. Thank you, Sheila Renee Karp.
scott dyer 25/06/2022 I LOVED that you shared this figurative piece you did! It's my next painting! I also really appreciate your process. I also paint with the Alkyd Walnut Oil and appreciated the tip about rubbing the canvas with this after your first session, never heard that before. Really love this one. Regards, Scott
Kathy Weinberg 25/06/2022 Great lesson and result. Thank you!
Michael Strickland 25/06/2022 I just thought of another comment. I'm aware that many artists who paint in a loose, impressionistic style were classically trained. You indicated in this blog post that you painted very methodically 30 years ago. Do you think it's an advantage to start out with more classically oriented training before adventuring into impressionism or even abstract painting?
Michael Strickland 25/06/2022 I'm going to try this on my next portrait! I've used a similar technique for landscapes but have always gone straight to the flesh tones in my portraits. I enjoy doing projects slowly and thoughtfully. As a result, I've found that plein air painting is not for me! I believe that using a greenish underpainting is called verdaccio. Do you ever do this with other colors?