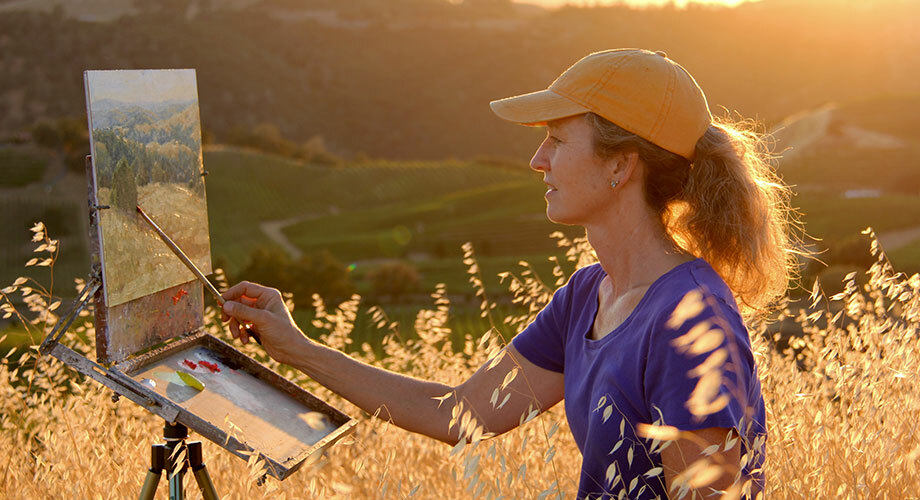 "Ask anyone which artists are certain to be among the next generation of great plein air painters, and Californian Kathleen Dunphy's name will be at the top of the list."
-Steve Doherty, Plein Air Magazine

Kathleen Dunphy’s rapid success in the competitive art world was predicted when American Artist Magazine recognized her as one of the Top Ten Emerging Artists in 1998, just 2 years after she had closed her floral design business to devote herself full time to painting. She is one of those rare people who have true passion, dedication, and a gift for transposing nature’s beauty to canvas.

Kathleen’s early art education included workshops by Kevin MacPherson and Dan Gerhartz. In 2000, Kathleen was awarded a full scholarship at the renown Academy of Art University in San Francisco. She maintains strong ties to the Academy, where she has been offered a faculty appointment and participates in the annual Alumni Auction. Further study with Scott Christensen and T. Allen Lawson helped hone her skills and refine her own unique style of painting.

In 2003, Kathleen designed and built her own studio in the Sierra Nevada foothills of Northern California, where the pristine setting of her home provides endless inspiration for her work. Kathleen’s landscape paintings can now be found in galleries from coast to coast. Her honors are considerable and include important juried shows in California, Texas, Georgia, Arizona, and Maine; Best of Show from the American Impressionist Society; an Award of Excellence from the Oil Painters of America; ten California Art Club Gold Medal Shows; eight magazine articles including being featured in Southwest Art’s plein air issues in 2009 and 2013; the Federal Duck Stamp Competition; Birds in Art; Arts for the Parks; Grand Prize at the Acadia Invitational Exhibition in Bar Harbor, Maine; and many others.

In 2014, Kathleen’s painting “The Flotilla” was purchased by the Leigh Yawkey Woodson Art Museum for inclusion in their permanent collection. Kathleen has attained signature status with the California Art Club, Oil Painters of America, the American Impressionist Society, Laguna Plein Air Painters, the American Society of Marine Artists and Artists for Conservation. In 2013, she was elected to join the prestigious Plein Air Painters of America as one of only 35 Signature Members. In a short period of time, she has earned an impressive and growing reputation with galleries, private collectors, and art magazines across the United States.

In the spirit of passing on the gifts of her artistic abilities, Kathleen began teaching in 2005 and is a much sought-after workshop instructor. Her engaging style of teaching and one-on-one instruction garners high accolades from her student artists. 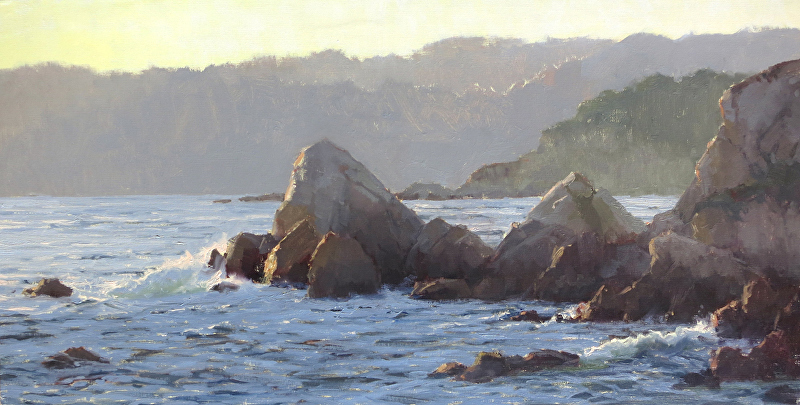 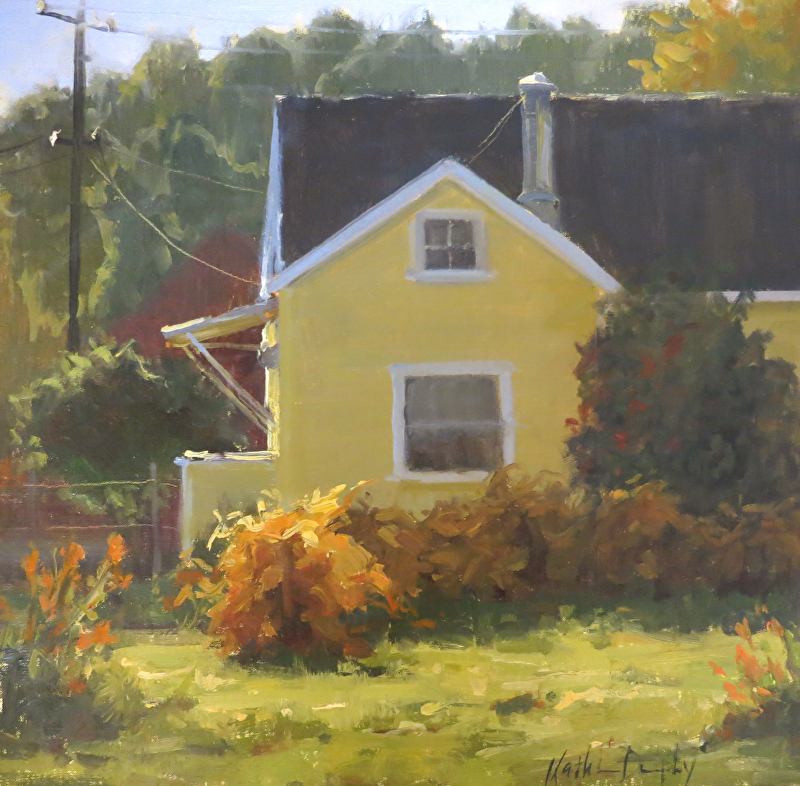 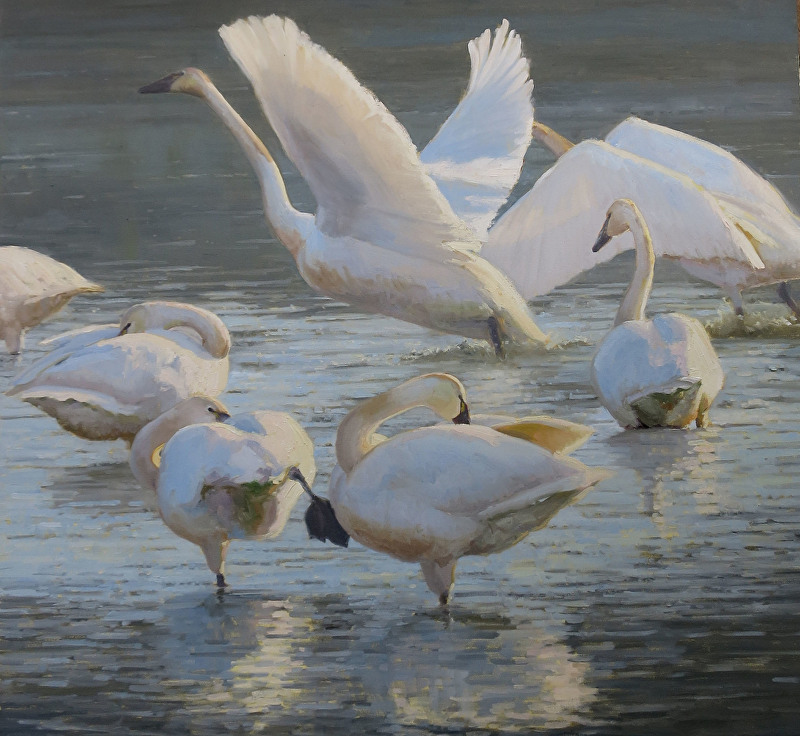 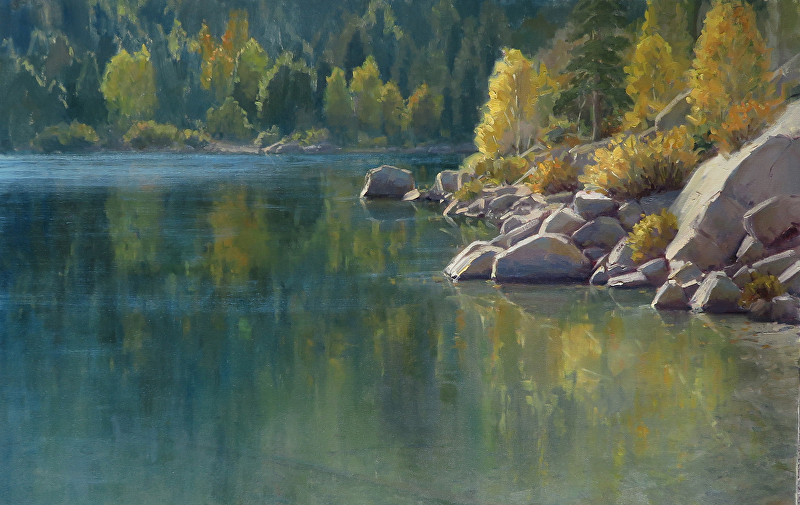