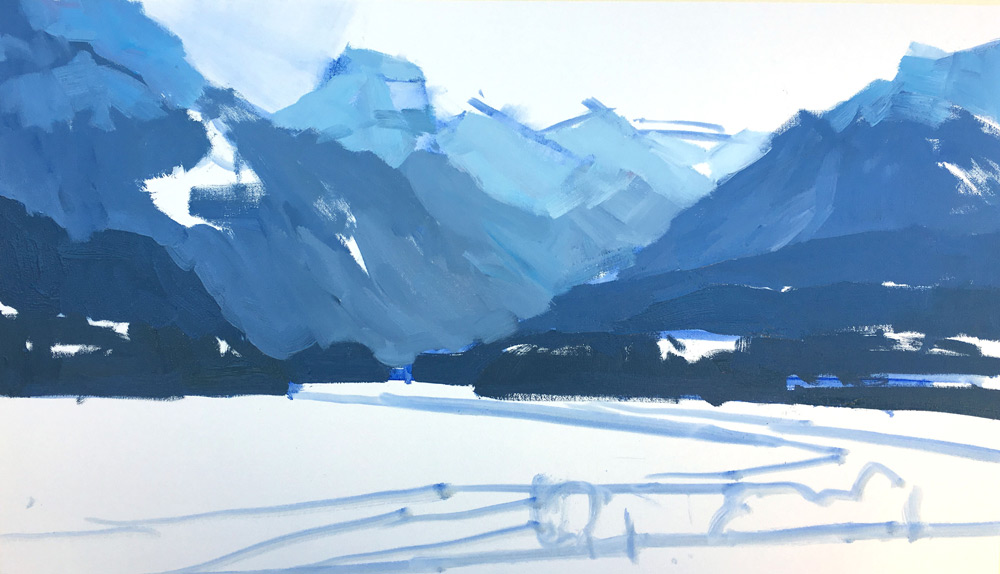 The recession in these mountains was created fairly easily by starting with the darkest shadow colour in the closest hills, a blue-grey slightly darker than mid value, and simply adding white and ultramarine blue to each successive layer of mountains as they recede into the distance. The snow shadow was then added, using a cooler phthalo blue instead or ultramarine. The greens were then added on top and only need to be slightly lighter and greener than the blue-grey they’re painted over, so they also needed to be cooled and lightened with white and ultramarine blue as they recede. 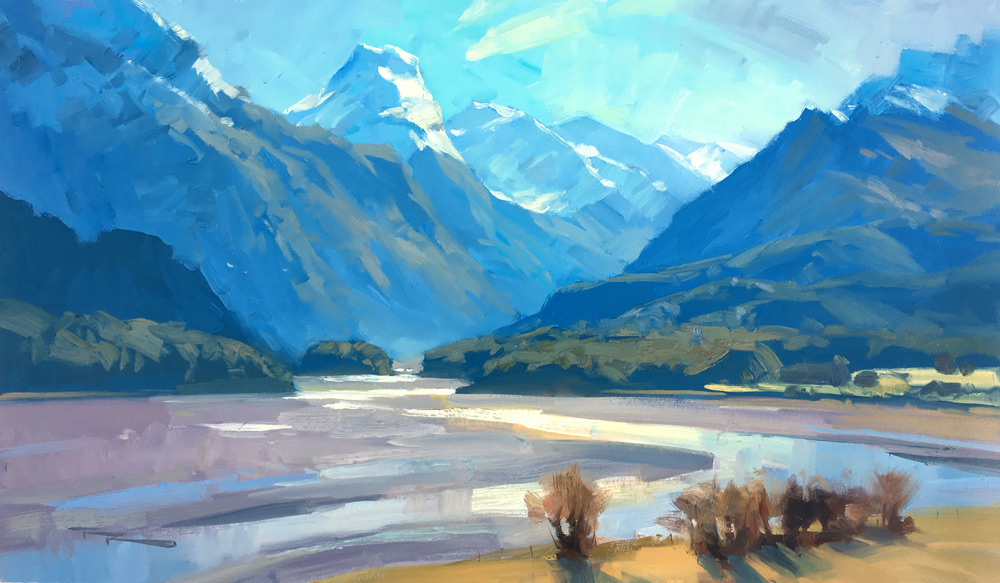 The mountains were painted first since they would change the most with the sun’s movement. The base of each mountain plane is lightened a little with white and softened to give the effect of rising mist that helps separate the planes of depth.

The shimmering light effect off the river was first lightly blocked in with a yellow/orange oval, then painted over with the riverbed and water, making sure to leave some of the yellow base shining through.